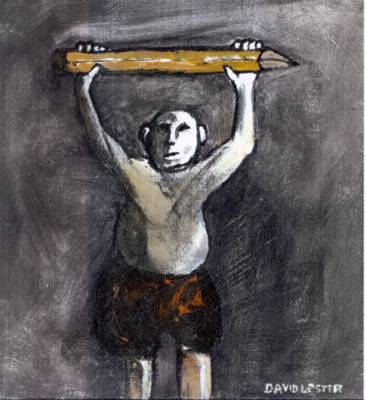 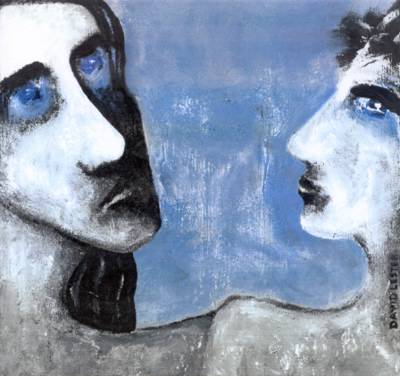 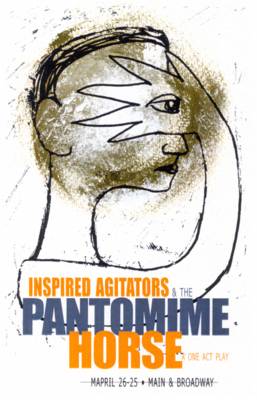 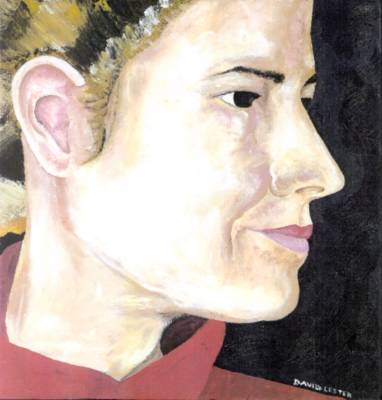 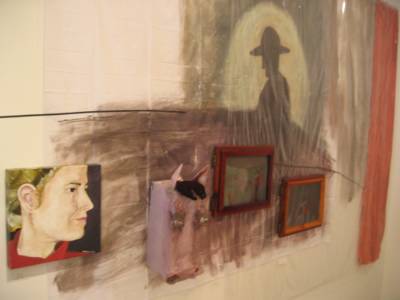 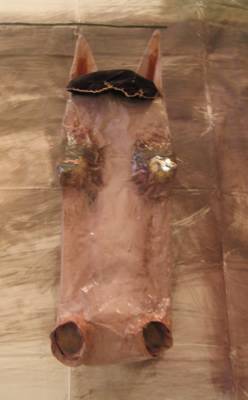 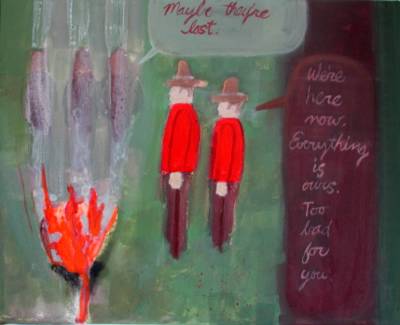 "We're Here Now. Everything Is Ours. Too Bad for You." by Jean Smith - acrylic on canvas 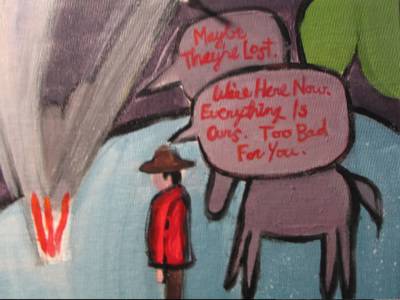 "The Set" by Jean Smith - acrylic on board 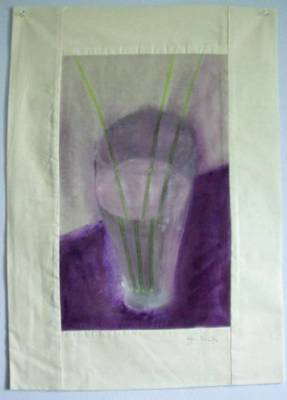 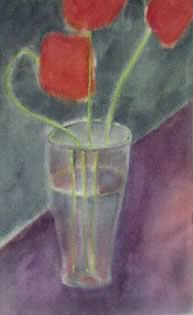 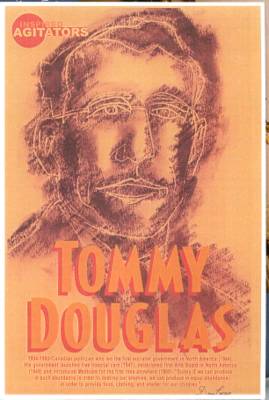 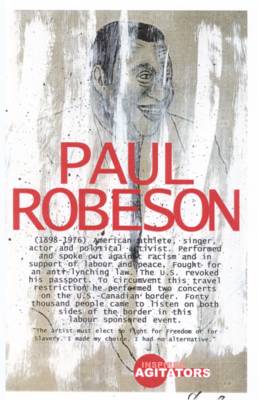 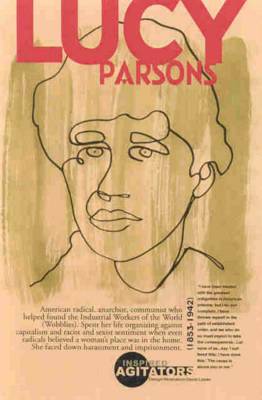 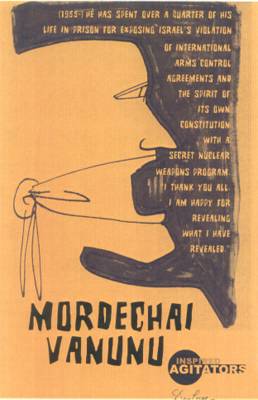 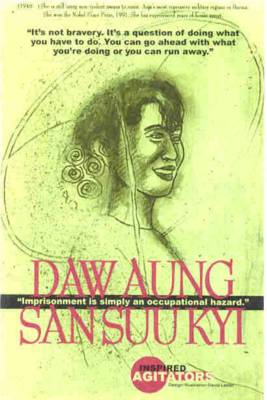 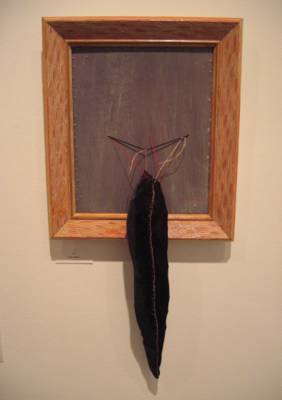 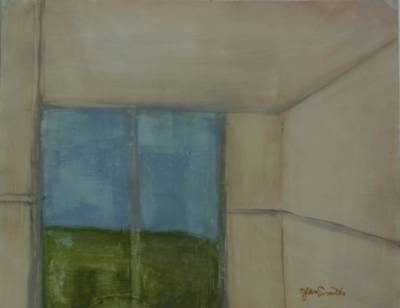 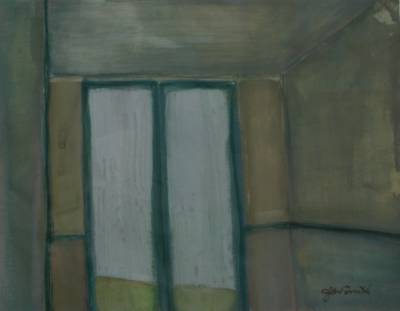 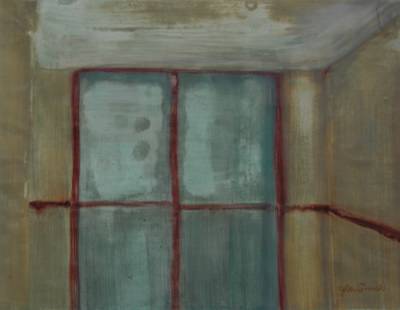 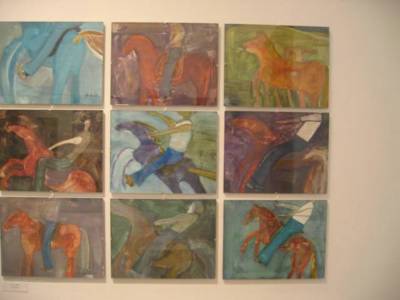 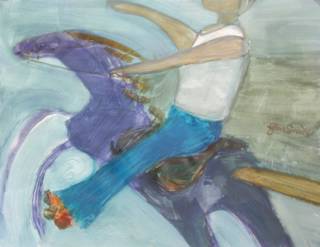 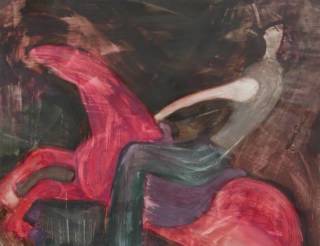 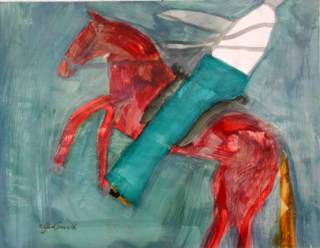 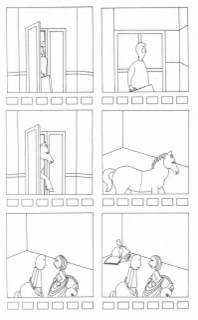 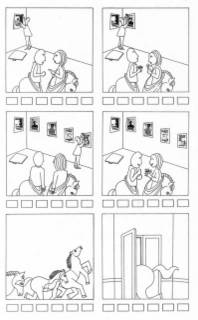 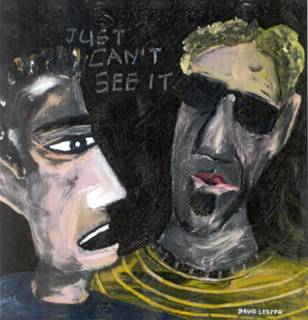 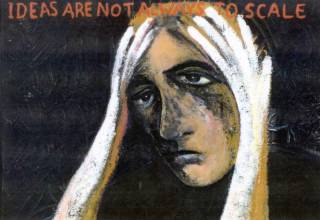 "Playwright's Lament: Ideas Are Not Always To Scale"
by David Lester - acrylic on canvas


Artist Bio:
David Lester's paintings have been exhibited across North America. His graphic design work has appeared in The Literary Review of Canada, Geist, and BC BookWorld. In 2003, David was the curator of a five-person art show at Word On The Street. David's cartoons introduce a cast of characters who demonstrate the best and the worst of society; they run regularly in the San Diego Reader. His multi-panel Noir Canada -- a cautionary tale of how fascism spreads -- was featured in Broken Pencil, Canada's magazine of underground culture. David is the publisher at Smarten Up! & Get To The Point, a small press devoted to poetry, experimental fiction, politics and artwork by community activists. David lives in Vancouver.


Work by David Lester includes:
"Inspired Agitators" is a series of posters (or postcard size where space dictates) based on the actions of a selection of international activists whose vision and determination inspire David's music. The series is a focal point in "Inspired Agitators & the Pantomime Horse". The series includes John Heartfield, Jessie Lopez De La Cruz, Lucy Parsons, Emily Wilding Davison, Mordechai Vanunu, Red Cloud, Daw Aung San Suu Kyi, Nellie McClung, Tommy Douglas, and Paul Robeson. Lester says, "History is embedded with obstacles that must have seemed insurmountable. Yet, again and again, battles are waged in climates of indifference, hostility and brutality. This collection represents inspired moments in history when an Indian Nation wore down the U.S. government, an artist defied the Nazi party, women achieved the right to vote, a socialist government was elected in North America, universal healthcare was implemented, a union for all was organized, a woman was finally accepted legally as a person, a black man fought public lynchings." David's Inspired Agitators posters are a focal point of the How Art & Music Can Change the World artist talk.

"Storyboard" -- the Pantomime Horse enters an Empty Room in the South of France then separates. The two characters in the play confront each other, immobilized, off track. A third character takes out posters from a portfolio; he hangs them on the wall while the two halves of the horse argue. The posters are miniature versions of "Inspired Agitators". The two halves of the Pantomime Horse are pre-occupied with their problem until they see the art. They stand together and point at the art, smile and put their costume back together -- inspired by the art, they unite in their objective, inspired to work together.

"Murals" by David Lester -- presents an alchemy of observations and philosophies attributed to a stock of characters who opt for a layer of personal distance that ranges from aloof to self-involved oblivion. The men and women of Murals interact face-to-face in a freeze-frame solitude that reflects the lingering disconnect of computer communication. Murals' technosumers infospeak while lusting after logos, but they seem perversely unwilling, or unable, to engage in meaningful discourse. As participants in both the technology and consumer revolutions, their roles in, and obligations to society have been diminished to merely sorting through the glut of shifting concepts that they are confronted by. "If It's All the Same to You" -- by David Lester is a graphic short story of theatrical production diaster zone, somehow reminiscent of Waiting For Godot gone mad -- published in Bananafish Magazine (San Francisco, November, 2004).

Artist Bio:
Jean Smith is primarily known as a woman of words in the acclaimed literary rock duo Mecca Normal, and as the author of two published novels. Jean grew up in a house with two painters for parents, where, as a matter of course, she developed a keen visual sense. Painting is an integral component of her creative life, a word-free zone providing balance to her expressive nature. Recent themes in Jean's paintings include alcoholism, how women and girls perceive themselves, and Native land claims issues. Jean's work has been used on book covers, in zines and magazines, and on more than twenty-five CD and 7" covers. Her paintings were shown at the Word On The Street festival's Moat Gallery exhibit and in conjunction with How Art & Music Can Change the World.

Vancouver Magazine named Jean one of Vancouver's top 50 writers. Her interviews, articles on culture and reviews of books and music have appeared in the Globe & Mail, Raygun, Your Flesh, Review of Contemporary Fiction (Illinois), The Rain (Vancouver) and Sound Collector (New York). She received grants from the Canada Council for the Arts and the B.C. Arts Council to complete her third novel. Jean lives in Vancouver.

Work by Jean Smith includes:
"Empty Rooms in the South of France" and "Horse & Rider" are two series of paintings in which the subjects are repeated, but unlike a cartoon storyboard moving through time, the viewer is not required to compile information to create meaning. Regardless of their possible interpretations, within the exhibit, the two series represent art without overt messages -- political or otherwise.

The Empty Rooms are based on the work of Pierre Bonnard, the early to mid 20th century French painter who dealt with colour and light. Horse & Rider represent whimsy and childish delight. While painting the two series, Jean pondered the validity of craft versus meaning, "Do people like political art because they agree with the message?" On recent art and music tours, Jean noticed that she and David had inadvertently reversed roles in regard to their visual work. David, the non-verbal member of the duo, utilizes text, while Jean, the singer, tends to work without a language framework. This had Jean wondering, "How is the sense of expectation to create socially useful art affecting my work?"

"Pint Glass" is a series of still-life acrylics on cream velvet. These vibrant and sensuous pieces are based on tradtional flower paintings, inviting comparison to Emile Nolde, with strong impressionist and expressionist tendencies. In this series it is the pint glass the flowers are in that hold the artist's interest. In the last few pieces in the series, the flowers are no longer included. The theme of the series is the process of quitting drinking, but this concept is not integral to appreciating the work.

"Self-Portraits" -- Jean's series of watercolours from age 13 to 44 -- how girls and women view themselves. The series begins with the self-image of an adolescent girl. Smith continues to examine the roles of the female model as subject and artist. The series was exhibited at Vancouver's Western Front and at Ladyfests in Olympia, Los Angeles and Seattle, as well as many one night exhibits across North America on Mecca Normal tours.